This image is of Clifford Allen, agnostic socialist, and quietly charismatic chairman of the No-Conscription Fellowship – before his imprisonment for refusing military 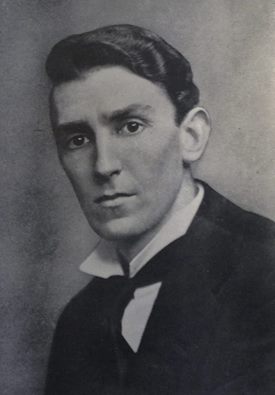 service. He served three prison sentences including many weeks of solitary confinement on bread and water diets, at the end of which he was a frail and emaciated thirty year old, who looked twice his age, weighed less than eight stone and was suffering from the onset of tuberculosis.